Embarking on a New Era 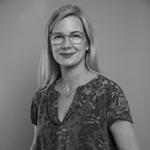 The Swedish Ambassador to Vietnam

HE Ann Måwe started her diplomatic career in 1999 and has held various positions at the Ministry of Foreign Affairs, mainly focusing on security and development policies in the Middle East and North Africa and within UN- affairs.

She has been the Ambassador of Sweden to Vietnam since September 2019. Prior to this, she was director and deputy head of the MENA department (Department for the Middle East and North Africa) at the Swedish Ministry for Foreign Affairs, a position she had held from 2015 to August 2019. HE Måwe has also served as Counsellor at the Swedish Permanent Representation to the UN in New York (2005-2010), initially on the ECOSOC-team responsible for UNICEF, UNFPA and UN Women, later on handling the MENA-file in the Security Council section. In addition, she was Deputy Consul General in Jerusalem (2002-2005).

Ms Måwe holds an Msc. in International Politics focusing on the Middle East from the School of Oriental and African Studies, University of London (1998) and a BA in Oriental Studies from Uppsala University (1994). Before getting recruited by the MFA, she has worked at the SRC (the Social Research Center) at the American University in Cairo. 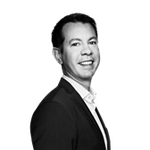 Before joining the Vietnam office, Mr Ludvig Hermansson has had a long career at Business Sweden with experiences from the Middle East and African markets. He has, among his many assignments, served as Trade Commissioner to Kenya and South Africa.