This is a past event. Registration is closed. View other Swedish Chamber of Commerce Singapore events.

Get directions on Google Maps 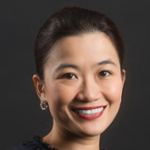 Jacqueline is Deputy Secretary in Prime Minister’s Office Strategy Group, which leads and organises the Public Service to develop and implement the strategic priorities of the Government. These include economic strategies, social strategies, marriage and parenthood policy, urban development and liveability strategies as well as technology and security. She also oversees the National Population and Talent Division and the Centre for Strategic Futures 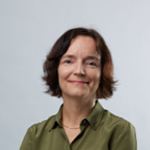 Ambassador of Norway to Singapore

HE Anita Nergaard is Norway’s Ambassador to Singapore. A career
diplomat, she joined the Norwegian Foreign Service in 1995 and has had various postings since. She was the Ministry of Foreign Affairs’ Director of Russia, Eurasia and Regional Cooperation in the High North and Arctic from 2010, and Director of Security Policy, Crisis Management, Global Security Affairs and the US and Canada from 2005. Prior to her arrival in Singapore in August 2017, Ms Nergaard served as Deputy Permanent Representative of Norway to NATO in Brussels.

An economist by training, Ms Nergaard started
her professional career in the Central Bank of Norway in 1993. She holds a PhD Study Programme degree and a Master’s degree in Economics from the Norwegian School of Economics. 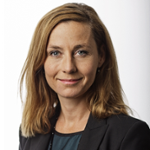 HE Dorte Bech Vizard is Denmark’s Ambassador to Singapore and Brunei since September 2016. Prior to this appointment, she was Director of Investment Promotion and Innovation at the Ministry of Foreign Affairs of Denmark.

With a Master of Law from 1998, she started her career at the Royal Danish Embassy in Hanoi, Vietnam, followed by several roles with the Ministry of Foreign Affairs of Denmark, including a posting to the Royal Danish Embassy in New Delhi, India, as Counsellor on political issues.
She has also worked with the Ministry of Social Affairs of Denmark as Head of Department for Legal and International Affairs, and in the private sector with Deloitte Business Consulting as Manager of a strategy team. In 2013,

Dorte Bech Vizard was awarded the Order of Dannebrog, a Danish knighthood. She is married and has two children. 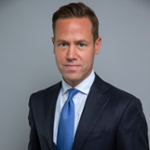 Ambassador of Sweden to Singapore

HE Nicklas Kvarnström is Sweden’s Ambassador to Singapore. Prior to this post, Mr Kvarnström was Director in the Department for Eastern Europe and Central Asia at the Swedish Ministry for Foreign Affairs.

Mr Kvarnström was previously the Campaign Manager for Sweden’s successful candidature to the UN Security Council for the period 2017-18, as well as Advisor to the Wallenberg family, a premier Nordic industrial and financial group. In the diplomatic service, he had served at Sweden’s Permanent Mission to the UN in New York and its Embassy in Beijing. Mr Kvarnström also worked three years in investment banking with Goldman Sachs, in London and New York.

Mr Kvarnström graduated from the Oxford University with an MA and BA in Chinese with a Special Subject in Economics. He also studied at the Taiwan National Normal University in Taipei.

He is married, with four children. 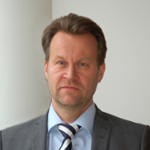 Ambassador of Finland to Singapore

HE Antti Vänskä is Finlands’s Ambassador to Singapore. Mr Vänskä arrived in Singapore in June 2019 to assume his position as Head of Mission at the Embassy of Finland.

In Finland, Mr. Vänskä has served, among other positions, as the Special Adviser to the Prime Minister of Finland (2010-2014). Earlier, he has worked in the Ministry for Foreign Affairs as Deputy Director in the Unit for Russia and as Counsellor in the Unit for Asia dealing for instance with relations between the EU and the ASEAN.

Mr. Vänskä graduated from Turku School of Economics and Business Administration (Finland) with a Master’s degree in Economics. He has also studied abroad in Sweden and in the United States.
Apart from his mother tongue, Finnish, Mr. Vänskä speaks English, Swedish, Russian and German. He is married and has two teenage children. 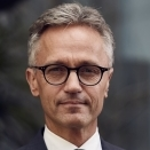 Henrik Bresman is Associate Professor of Organisational Behaviour at INSEAD. His areas of research include leadership, high-performance teams, innovation, and change management. He has a specific interest in how to realize the potential of diversity in teams and organizations.

Professor Bresman received his PhD from the Massachusetts Institute of Technology. He also studied at the Stockholm School of Economics, Lund University, and Keio University. Prior to his current work, Professor Bresman served in several roles as a manager, consultant, and entrepreneur. He co-founded a venture capital firm focused on early stage technology businesses.

He is the co-author of the top-selling book “X-Teams: How to Build Teams that Lead, Innovate, and Succeed” (published by Harvard Business School Press), which shows how teams at all levels can take on strategic leadership roles and change the direction of their organizations. Professor Bresman is Swedish and lives in Singapore with his wife and two young children. 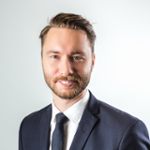 Robert Radway is a bank manager with 10 years of experience at Handelsbanken. Based in Singapore, he currently leads the operations in the South Asia Pacific region. He has previously held senior positions in the Swedish branch operations and been responsible for corporate customers in New York. He started his career at head office in Stockholm working with strategic planning as well as structuring and negotiating acquisitions. Robert moved to Singapore with his family in April 2018. 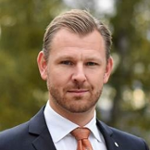 Gustav Heiberg is the Managing Director of Norsk Hydro’s activities in Asia. Hydro is one of the leading global aluminum producers, with activities throughout the aluminum value chain, and Singapore is the Commercial hub for APAC.

Prior to joining Hydro in Singapore, Gustav was responsible for Hydro’s shipping and logistics activities, based in Oslo.

He holds an MBA from the Norwegian School of Economics (NHH). 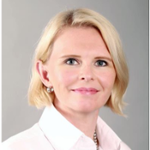 Minna Rouru is HR Director, Asia Pacific of KONE is a results-driven and business-minded Regional HR Director who has led HR organizations in Europe, North-America and in Middle East & Asia.

She has spent 20 years in HR, working in positions of increasing responsibility. She is passionate about her role of driving towards company’s objectives and delivering the needed impact on the business results. 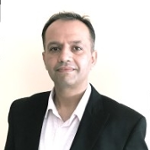 Head of Rewards and Country HR Manager at Maersk Tankers

Vasishtha Tandan is the Head of Rewards and Country HR Manager at Maersk Tankers. He has been in Singapore for the last 10 years and previously worked in Copenhagen in various capacities and with a few Business Units.