This is a past event. Registration is closed. View other Swedish Chamber of Commerce Singapore events.

Up and Close with Janek Schergen

and the Singapore Dance Theatre

Get directions on Google Maps

If you have any questions please contact Anna Hedve at anna.landgren@swedcham.sg or +65 90579894. 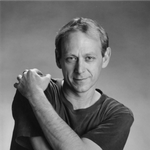 Janek Schergen is Swedish/American and trained by Richard Ellis, Christine Du Boulay (Sadler’s Wells Ballet/Royal Ballet) and Benjamin Harkarvy (founder/Netherlands Dance Theatre). He danced with Royal Winnipeg Ballet and then joined Pennsylvania Ballet. At Pennsylvania Ballet, he became part of the faculty of the company’s school and was repetiteur for Benjamin Harkarvy’s ballets. In 1982, he was invited by Mary Day and Choo-San Goh to be the ballet master of The Washington Ballet. He also taught at The Washington School of Ballet. In 1988, he joined Royal Swedish Ballet as ballet master. In 1991, he completed his studies at the Benesh Institute in London as a choreologist. He was ballet master at Pittsburgh BalletTheatre (1991- 1993) and Norwegian National Ballet (2002-2006).

Mr. Schergen is the founding Artistic Director of the Choo-San Goh & H. Robert Magee Foundation and Chairman of The Choo-San Goh Awards for Choreography. He stages the ballets of choreographer, Choo-San Goh and has produced more than 140 staging of his ballets worldwide. Additionally, he has staged classical productions of The Sleeping Beauty, Giselle, Swan Lake, Coppélia, The Nutcracker, Don Quixote, Romeo and Juliet, Raymonda and Paquita.

In 1988, he became involved with the inception of Singapore Dance Theatre and taught the company the first ballet they presented at their 1988 debut performances. Since then, he kept an active involvement and staged 11 more of Choo-San Goh’s works on the company between 1988 and 2005. In 2007, he was asked to become Assistant Artistic Director of Singapore Dance Theatre and the following year was asked to assume the place of Artistic Director.

At SDT, he is responsible for daily company class, teaching and rehearsal of the company’s classical and neoclassical repertoire and the oversight of the development of the artistic elements of the company as a whole. During this time, he has commissioned 30 world premiere ballets and brought in a further 19 company premieres to enrich the company’s repertoire. In 2013, he oversaw the move into SDT’s new rehearsal studios and offices. He has developed several programmes for SDT, including the Ballet Associates Course, Scholar’s Programme, One @ the Ballet, The Ambassador’s Circle, the annual Moon and the Stars fund raising gala, Celebration in Dance (a collaboration between SDT and the RAD), SDT Choreographic Workshop, The SDT Intensive Ballet Programme and several other platforms to increase the artistic identity of SDT and its awareness in the arts community in Singapore. He has participated in many international dance competitions on their judging panels. He has been on several assessment committees for the Singapore National Arts Council. In 2015 he was presented with the Culture Award given by Tatler magazine and in 2017 was given a National Day Award by the President of Singapore.

Janek has recently been awarded the Swede of the Year 2019 by the Swedish Chamber of Commerce Singapore.