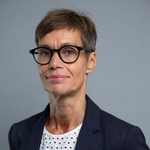 Ambassador of Sweden to Indonesia

Ambassador Berg is a Swedish diplomat with extensive experience within the Foreign Ministry, which she joined in 1995. She was recently Director and Deputy Head of the Department for the Swedish International Development Cooperation.

Previous to that she was serving the Swedish Minister for International Development Cooperation for five years in her work in the Council of the European Union. Ambassador Berg has also been in charge of Western Balkan and Turkey at the EU Department. She has had leading positions within the Ministry for almost ten years.
For several years she was working with procurement issues within the multilateral system. She has also, in different capacities, been representing Sweden in its relation to Southern African Countries, to UNRWA and to the Asian Development Bank. 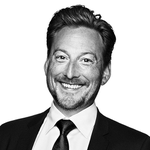 Mr Erik Odar is Sweden's Trade Commissioner to Indonesia and Country Manager for Business Sweden in Indonesia. Mr Odar has 20+ years of professional experience from various senior management positions in the Telecom, Cosmetics, and Business Consulting industries in both Asian and European markets.